Are we introducing girls to STEM too late? 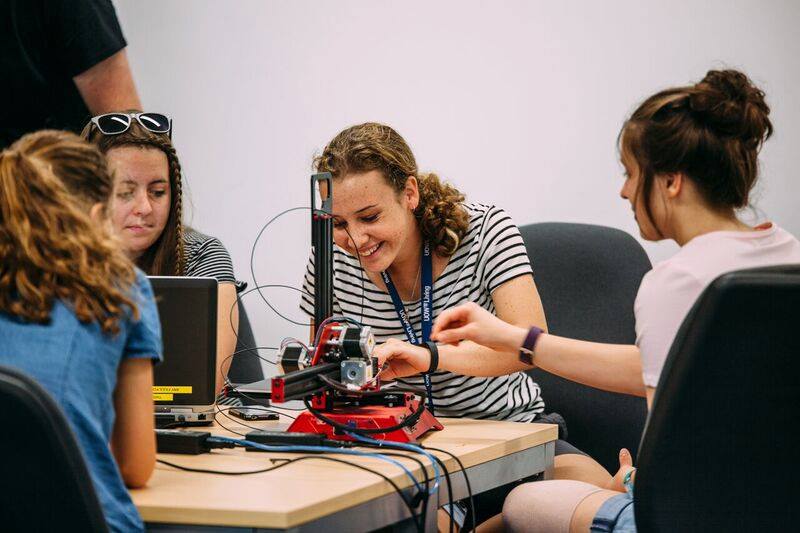 New York University research shows that at age 6 girls are less likely to associate females with “Brilliance” than boys are to associate it with males. The startling part is that just 1 year earlier,  boys and girls were equally likely to associate brilliance with their own gender. Could this explain why, in a world of equal access to education and relatively few professional barriers for women, we still see women and girls gravitate away from fields of study and professions based in the sciences?

Rebecca S.Bigler a professor of psychology at the University of Texas believes one of the reasons young children are more likely to associate men with brilliance is because the history taught to them is largely from a time where laws were specifically created to prevent women from becoming great scientists, writers, explorers and leaders and as such brilliant female paragons were rare. Following this argument, young girls may be more likely to believe in their own intellectual potential if they are exposed at a younger age and more frequently to lessons about brilliant women.

If you Google the issue of the lack of women in technical fields will, for the most part, it will throw up articles that assign the blame to young women’s perceptions of “coolness” and sexist attitudes in the workforce.

While I absolutely agree that these counterproductive problems exist I can’t reconcile them as the source rather than as a symptom. As a team that works closely with kids and educators, it’s clear to us that the technical subjects have lost many girl’s attention long before they have reached the developmental capacity to fear social outcasting or have awareness of some distant future workforce culture.

We could blame the media and cultural norms for gender stereotyping giving kids the impression that boys are more likely to be brilliant than girls. There’s definitely precedent… thanks for that “Big Bang Theory” with your mockery of the women accomplished in the “lessor” sciences in biology and chemistry and typecasting the lead female role as the pretty-but-not-so-intelligent actress.

But again it’s a stretch to think that 6 year olds are watching late night programming.

It seems more plausible to me that they go to school and start to learn more about what great people have done for the world, and that by sheer lack of representation women’s accomplishments are marginalised.

Maybe part of the problem lies in our recognition of historical achievements which tend to focus on the inherent intelligent nature of the protagonist rather than their conscientiousness.

If we can’t change (yet) girl’s false perception of their own natural “brilliance”, can we at least start to quash the perception that natural ability is the only prerequisite for brilliance? In fact it is hard work, passion and dedication that constitute brilliance.

The NYU researchers state that adult women are less likely to receive higher degrees in fields thought to require brilliance. But for those that do continue in these fields, is it simply that they were exposed to these fields at a younger age than most girls? If both boys and girls were exposed to STEM education at a younger age it is possible that this gender divide may not occur.

I see two systemic issues at the heart of attraction to and retention of, women in STEM fields; lack of interest and lack of confidence. The answer to interest seems clear…introduce girls to more STEM learning at a younger age and make it highly applied. The second I’ll have to keep thinking about…

Feel free to read the original article linked below and let us know what you think.

3D Printing as an Art Activity for Kids

Why is there such a lack of female representation across the STEM fields?

A New Era of Creativity: Kids and 3D Printing